We Need To Talk is a social comedy that centers on Great Scott, a self-absorbed online video-game influencer and star who speaks to millions of fans every day but cannot bring himself to communicate with the people he loves. Blissfully unaware, Scott’s lifestyle isn’t a problem for him until one morning when his girlfriend Aly tells him, “We need to talk,” when she gets back from work. Aly’s comment sends Scott spiraling into a day-long tailspin as he seeks wisdom, advice, and emotional support from his social network – which in Scott’s case includes friends, internet trolls, and a myriad of online characters from around the world.

We Need To Talk was produced by AmpiFLY and is scheduled for a steaming release in 2021. 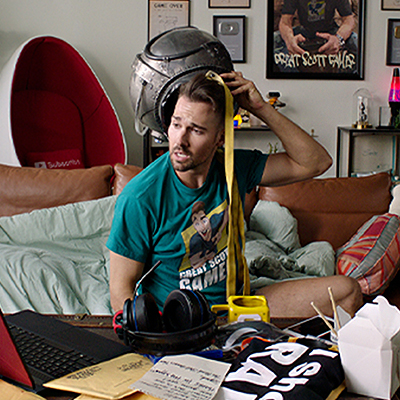