After an incredibly successful campaign by Pennsylvania’s Revivalist Spirits last fall, which raised $5,000 to help the Hospitality Assistance Response of Pennsylvania (HARP), sibling
business partners Scott and Don Avellino, who produce a variety of seasonally-focused Revivalist Gin and Resurgent Whiskey, decided to take their “Naked Chefs” initiative to
Washington D.C. to keep the charitable momentum going for an industry in dire need of support.

Late in 2020, the Avellino Brothers decided to revive a 1999 Vitamix ad campaign which saw a number of top chefs strip down to nothing, tapping six Philadelphia-area chefs to pose in the buff
with bottles of Revivalist Gin for the sake of raising funds for hospitality workers. Now, the craft spirits producers have broadened their focus, partnering with five D.C. area hospitality
professionals for the latest round of “naked” photos in an effort to raise money for The LEE Initiative — a restaurant workers relief program created by Lindsey Ofcacek and Chef Edward
Lee. 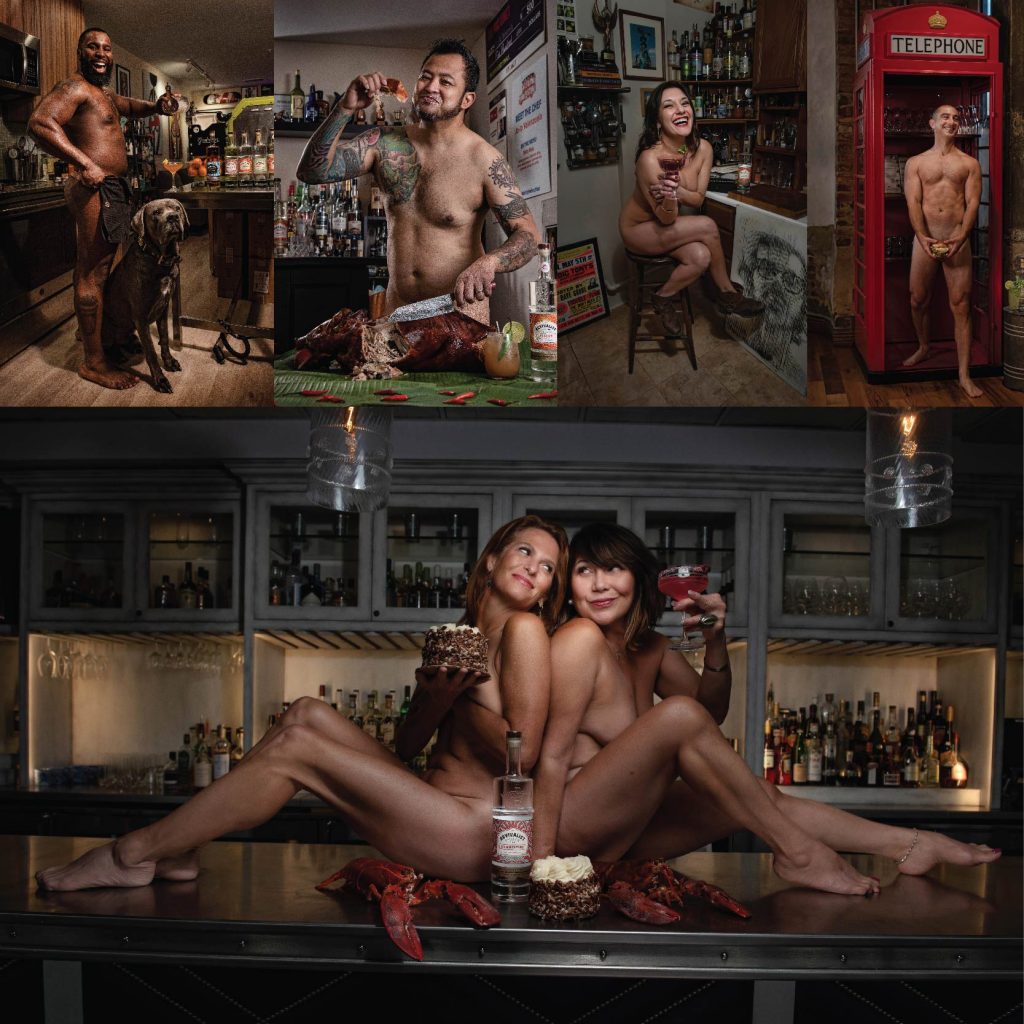